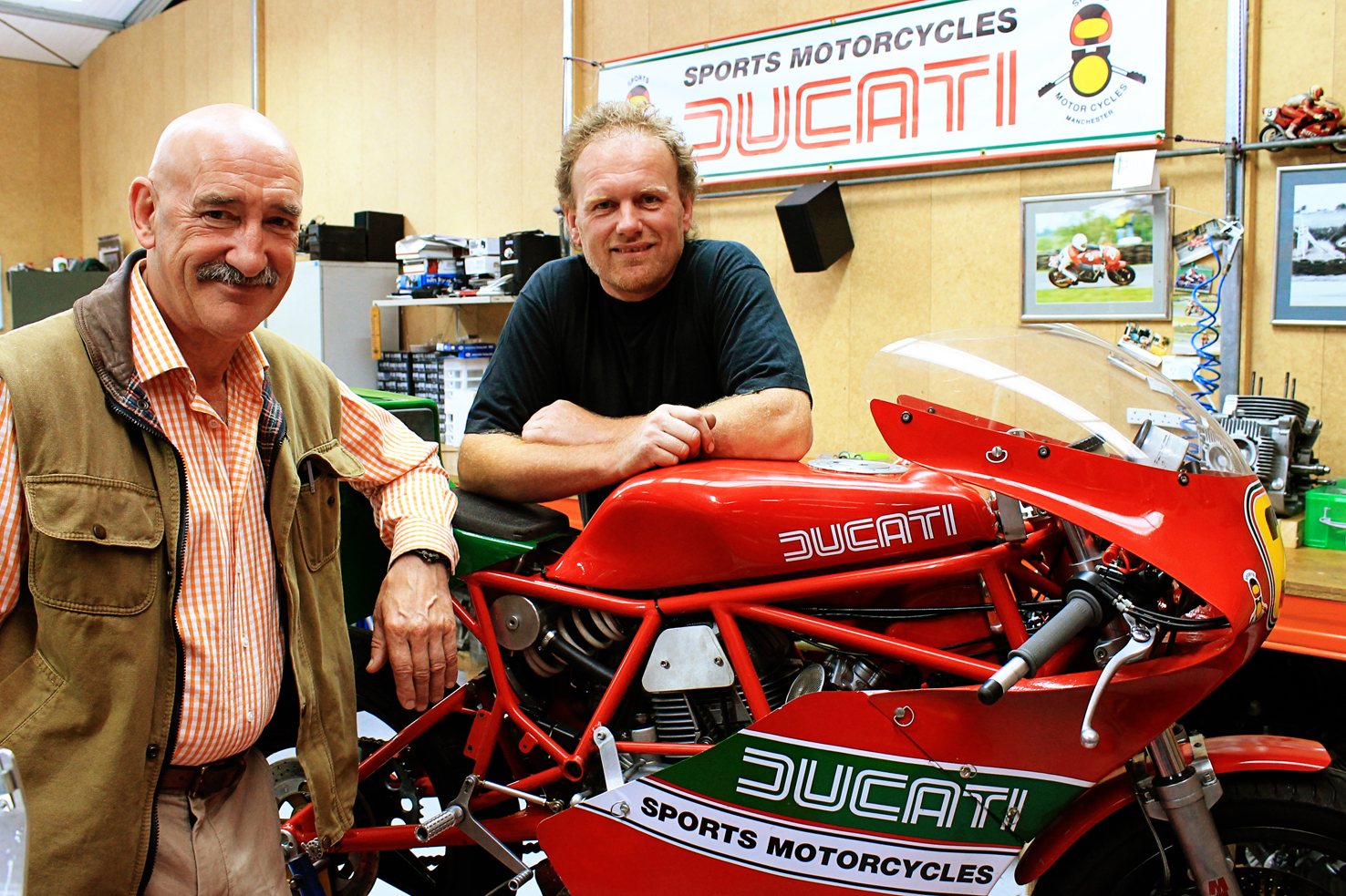 But there were also many Sports Motorcycles success stories with world class riders and events over a period of 30 years.

In 1974 Roger Nicholls set the production lap record in the IOM TT in a unique 10 lap race (375 miles) on a Ducati 750SS. The record stood for 8 years. Roger also finished 2nd in the F1 World Championship to Phil Read on the Works Honda in the year prior to Hailwood’s win.

After this came three world championships in the F11 class with Tony Rutter and into the modern era with Carl Fogarty’s first World Superbike win on a Sports Motorcycles Ducati.

Sports Motorcycles racing was based around Ducati. Some bikes were modified factory machines, others were virtually built from scratch. This combination produced machines that were not only superior to the Ducati Works bikes, but world beaters against the Japanese marques. This was only possible with innovative ideas and precision engineering.

Glyn Robinson was the man Steve turned to to produce these components. Often needing unique solutions (not to mention being needed “yesterday”!) it was Glyn’s contribution which kept Steve ahead of the opposition.

One example : Ducati’s own World Superbike team suffered a series of engine failures with the con rods and pistons. Steve, with Glyn’s help, solved this problem by making a very high precision modification. The information was passed back to the Ducati factory but even with all their engineering facilities, they were unable to replicate this modification in the time availble. Glyn came to the rescue and had the parts to them within days and in time for the next race. This modification was later incorporated into all production model 888 and 916 bikes of the period.

Sports Motorcycles is back from retirement but this time Glyn Robinson will be up front with Steve working in the background, continuing to offer innovation and ideas based on 40 years of experience. 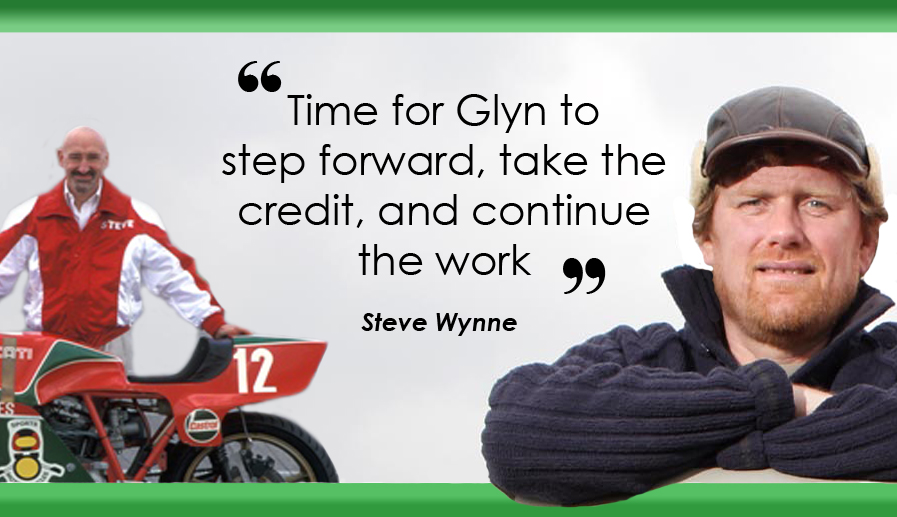