Sports Motorcycles at The Festival of Speed

We were featured in this great article in the Motorcycle Trader (May 2019 edition) after turning up at the 2019 QBE Insurance Festival of Speed in Eastern Creek in March. We were there with promising young rider, Stephen Craig, and he did us very proud on the 1981 TT2 Ducati 750.

With the weather constantly changing, and in the face of several terrential downpours, Craig took part in four races securing third in the class.

Here's are some snippets from the article by Hamish Cooper, with photos from Phil Aynsley: 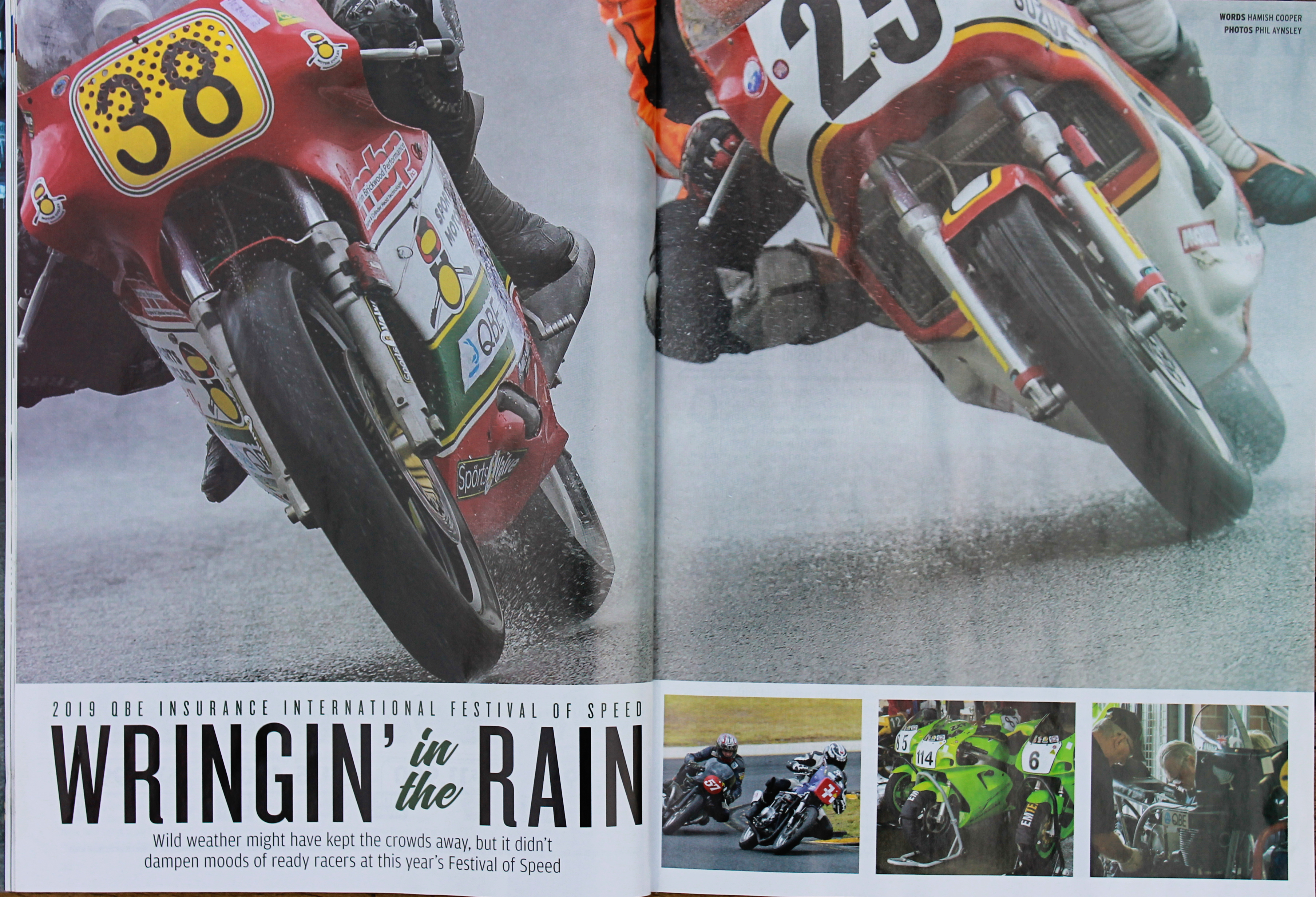 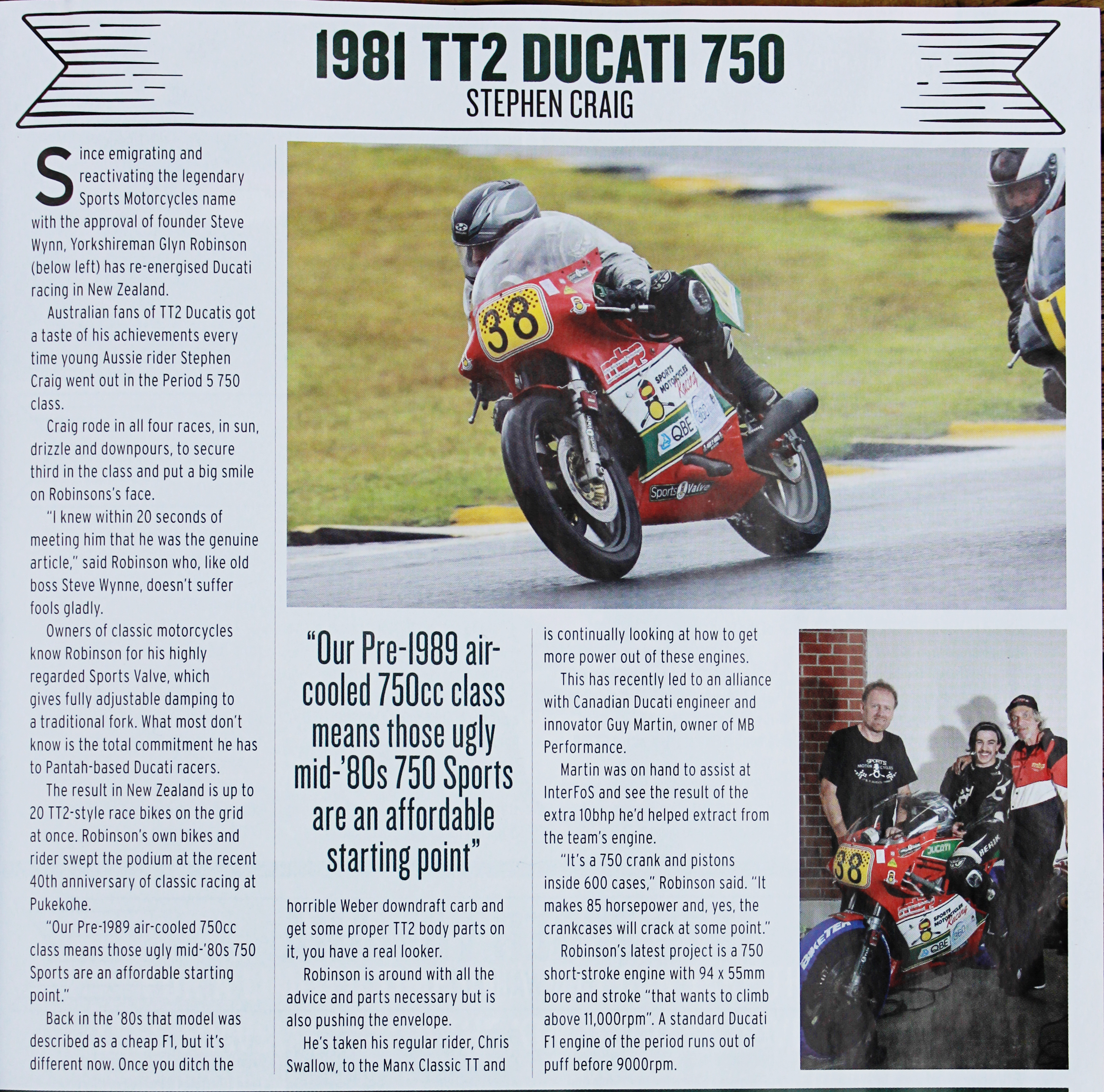